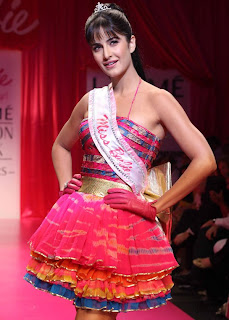 With Katrina Kaif nudging Aishwariya Rai out of the running to become the newest Barbie, we can look forward to getting our own miniature Katrina Kaif in September. The Kaif Barbie will hit shelves in India in September. She debuted as the Barbie model at 10th annual Lakme Fashion week Barbie fashion show a couple of weeks ago.
Posted by Bollybeat Crew at 11:34 AM 1 comment:

Okay there is going to be a boom of Bollywood this summer. After this lull in the Bollywood openings this March and April thanks to the IPL season, there are going to be some mega productions released. The newest film that has a release date is Love Aaj Kal, with Saif Ali Khan and Deepika Padukone, directed by Imtiaz Ali and it comes out on the 26th of June. See our post from September to get the basic plot: Imtiaz Ali's New Film!! . Also, Salman Khan's latest after Main Aur Mrs. Khanna will be London Dreams, costarring Asin and that comes out the 14th of August.
Posted by Bollybeat Crew at 11:16 AM No comments: 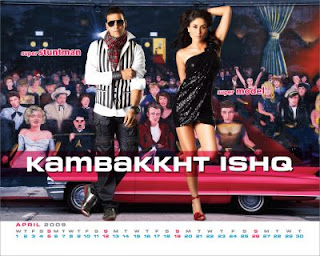 Eros International is pushing BIG TIME to get the Bollywood of the summer, Kambakkht Ishq, to be shown at Cannes! Imagine Kareena and Akshay on the Cannes Carpet! And I wonder if Sonam will be there instead of Aishwariya for Loreal? We seriously cannot wait for this film to come out! Or at least the music launch to happen sometimes soon!!! Heres some more stills of the film.
Posted by Bollybeat Crew at 8:32 PM No comments: 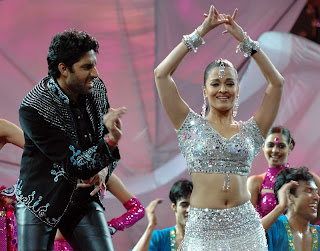 Abhishek and Aishwariya Rai Bachchan are celebrating their 2nd wedding anniversary. Married on April 20th, 2007. The happy couple is vacationing in Miami due to their set back with Raavan because of the director, Mani Ratnam's heart-attack. Badhaayeeyaan!!!!
Posted by Bollybeat Crew at 8:45 PM No comments:

Could this be true?! 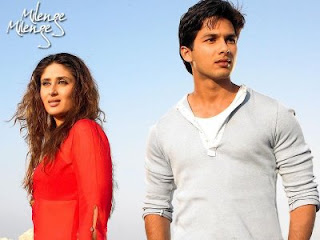 I was recently looking up Milenge Milenge desperately trying to see when this much awaited film will be released and........IT WILL BE RELEASED THIS JUNE!!!!! FINALLY! The final Shahid/Kareena love story that we know of. It was filmed in 2004 but was postponed due to their breakup post Jab We Met. Now lets just hope this is really going to happen. They both look so young and beautiful! Also, Kambakkht Ishq is out the 28th of May, Kaminey is out the 26th of June, Main Aur Mrs. Khanna is out the 31st of July, Blue is out the 14th of August, What's Your Raashee is out the 18th of September, and 3 Idiots is out the 25 of December. So there is a lot to look forward to in the next couple of months.
Posted by Bollybeat Crew at 5:07 PM No comments: 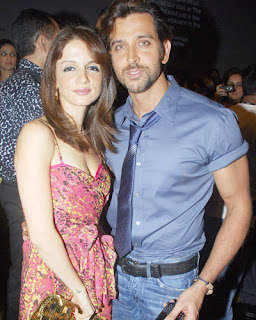 OMG OMG!!!!! Susanne Roshan has left Hrithik with both of their children due to Hrithiks alleged affair with Kite's co-star Barbara Mori!!! Poor Susanne! The family's excuse is that she moved out due to renovations in their home...For the complete story: Susanne Leaves
Posted by Bollybeat Crew at 12:13 PM 2 comments:

XOXO Bollybeat!
Posted by Bollybeat Crew at 12:04 PM No comments: